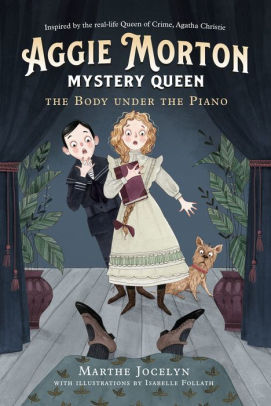 Though painfully shy, Agatha (Aggie) Morton has a lively imagination. And there’s plenty to occupy her time in the seaside town of Torquay (England), 1902. Her beloved father’s passing the year before has cast a pall, but Mummy and Grannie Jane take good care of her. Also, she’s just made a friend: Hector Perot, a Belgian orphan who shares her curiosity and love of books. As our story opens, Aggie is dreading an event at the local dance studio, a benefit concert for Belgian refugees. She’s to recite a poem of her own composition—in front of an audience! On her big night, the appearance of Mrs. Irma Eversham, a thoroughly unpleasant woman, provides a diversion. But no one expected Mrs. Eversham to turn up under the piano next morning, quite dead.  When the victim’s sister-in-law, sweet Miss Marianne, is arrested, Aggie knows she must step in and solve the crime. She’s been writing mystery scenarios in her head for some time now, so this should be easy!

Imagining a 12-year-old version of Agatha Christie solving actual crimes (against an interior background of melodramatic segues) is a pleasant way to introduce young readers to classic English detective fiction. Her opening words set the tone:

I will tell you first about making a new friend and save the dead body for later. This follows the traditional rules of storytelling—lull the reader with pleasant scenery and lively dialogue, introduce a few appealing characters and then—aha—discover a corpse!

The quaint narrative style jars sometimes with realistic details of death, danger, and desperation, but for the most part it’s good fun. And quite literate. A sequel, Peril at Owl Park, will be out in September.

Worldview/moral value: 3.5Artistic/literary value: 4.5We are participants in the Amazon LLC affiliate program; purchases you make through affiliate links like the one below may earn us a commission. Read more here.

For some classic Agatha Christie, see our reviews of And Then There Were None and Murder on the Orient Express. In the Hall with the Knife is another recent, retro-sounding mystery based on a brand.The post Aggie Morton, Mystery Queen by Marthe Jocelyn appeared first on Redeemed Reader. 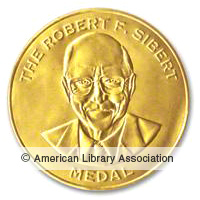 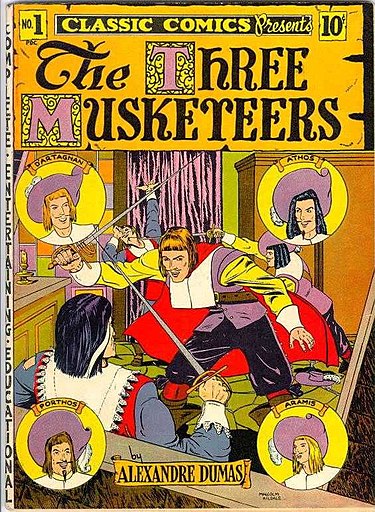 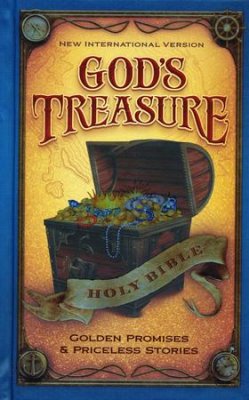