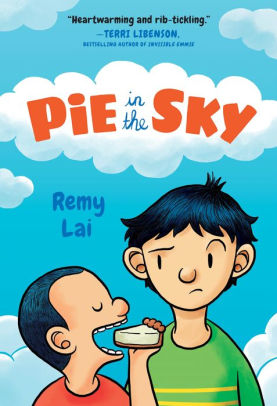 With humor and heart, Pie in the Sky explores
the experience of a young Asian immigrant with much more than assimilation on
his mind.

Moving to Australia from China was Papa’s idea. Papa is gone now, but Jingwen’s mam decided to move to Australia anyway, so they’re here, and Ah-gong and Ah-po (grandparents) have been left behind, along with all of Jingwen’s friends. His little brother Yanghao is being even more annoying than usual, and Jingwen can’t understand or speak to anyone outside his immediate family. English may as well be Martian, and he himself feels as alien to his new surroundings as if he were an extra-terrestrial with four eyes and spongy protuberances sprouting from his head.

This is the experience of any immigrant child, but Jingwen has something else weighing him down. Papa’s dream was to start his own cake shop in Australia, called (incongruously) Pie in the Sky. Baking was the main thing father and son used to do together, and Papa had a list of cakes he wanted to make as his specialties. Things are definitely not okay now, but if Jingwen can bake all those cakes while Mama is at work, he can somehow fulfill his obligations. And then, “my English will get way better, I’ll have friends, and everything will be all right.” Won’t it?

It’s not just grief Jingwen is dragging around with him—it’s guilt, for very specific reasons that will be made clear. While trying to expiate it, he only adds to it with his persistent bad attitude and the lying he thinks is necessary to carry out his baking project. Does it work? Not exactly, but at the end at least the air is cleared. A final solution to guilt won’t be found in the “deities” his grandmother prays to, or the “universe” he thinks might be out there. And that’s worth talking about: What can wash away our sin? The answer is not in this novel, but the nature of sin and guilt is presented on a child’s level. Which is not to say it’s a gloomy read. This dark cake is well leavened with humor and clever illustrations reflecting Jingwen’s view of things.

Language: small amount of mild vulgarity, such as “crap” and “fart”Character issues: mostly lying, which Jingwen believes he has to do to keep his mother in the dark. He makes his little brother complicit as well.Discussion starter: Should Jingwen feel as guilty as he does? How is he making life harder for himself? What would you tell him about his wrongs?Overall Rating: 4 (out of 5)

Worldview/moral value: 3.5Artistic value: 4Pie in the Sky is of the “illustrated novel” genre, in which copious illustrations, usually by the author, help advance the plot and reveal character. The Wimpy Kid series was a pioneer in this very popular niche. Its protagonist, Greg Heffley, has plenty to feel guilty about, but he remains blissfully oblivious to his many faults. See our review of the series, and a recent spinoff, Diary of an Awesome Kid.

The post Pie in the Sky by Remy Lai appeared first on Redeemed Reader. 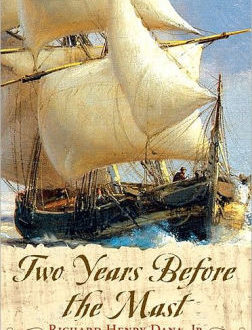 Two Years before the Mast by Richard Henry Dana 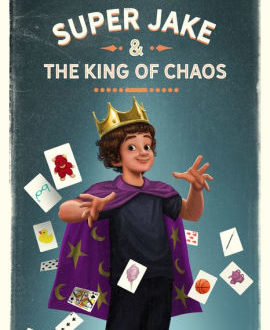 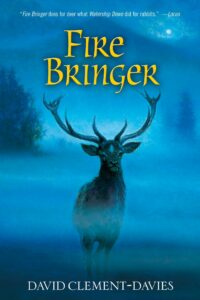 May 12, 2022
We use cookies to ensure that we give you the best experience on our website. If you continue to use this site we will assume that you are happy with it.OkPrivacy policy