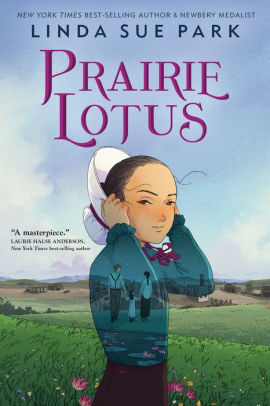 Dakota Territory, 1880: Hanna Edmonds, age 14, has been on the road with her father for three years, ever since her mother died in Los Angeles. The circumstances of Mama’s passing were especially painful because they were indirectly related to race; Mrs. Edmunds was Chinese, and Hannah, in uncharitable terms, is a “half-breed.” During their travels, she has kept her face shaded with a bonnet, but now that Papa intends to settle in the new railroad town of LaForge, Hanna hopes to go to school for the first time ever. That will take some doing. Is it even legal for a “Chinaman” to attend the same school as whites? And once her race is known, will Papa be able to establish himself and his dry goods business among the narrow minds of this town?

In her Author Note, Linda Sue Park writes of her early love for Little House on the Prairie and it sequels, a passion she shared with other immigrant children. “My theory is that we saw them as kind of a road map to becoming American.” But even then she was disturbed by the occasional racist undertones and outright hostility toward Indians sometimes expressed by Wilder’s family. Prairie Lotus is the direct result of the Wilder influence and a desire to tell a similar story from another point of view. Throughout this quiet but compelling narrative we see “typical white” townspeople struggling with their own biases. Some are able to overcome and see Hanna as a person—even as a friend—while others remain locked in prejudice. Hanna has her own struggles: will she give in to bitterness, or make the best of what she has? Her deceased mother provides wisdom and guidance at critical points:

You stop thinking about yourself. That’s where the sadness is, inside you. You look outside instead. At other people. You do things for other people, it fills you with good feelings, less room for bad ones.

Reaching out and making a few key allies makes all the difference in Hanna’s perspective. May all stories end with such hope.

Hanna and her father attend church and it’s understood that they and her mother are Christians, although faith doesn’t seem to play a large part in her thinking.At one point in the story, Hanna is attacked by a dissolute character whose intentions are implied as sexual.We are participants in the Amazon LLC affiliate program; purchases you make through affiliate links like the one below may earn us a commission. Read more here.

See our starred reviews of A Long Walk to Water and Nya’s Long Walk, by Linda Sue Park.Stacey Lee’s historical fiction for young adults also explores the experience of Chinese Americans: The Downstairs Girl and Under a Painted Sky.Children’s books that were once enjoyed without question (like Little House on the Prairie) have recently become problematic. We try to work through this in “Historical Racism in Children’s Books: What Do We Do?“The post Prairie Lotus by Linda Sue Park appeared first on Redeemed Reader. 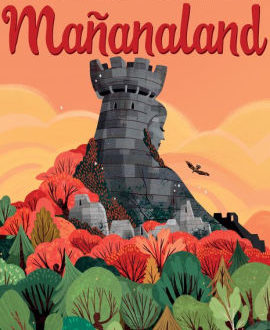 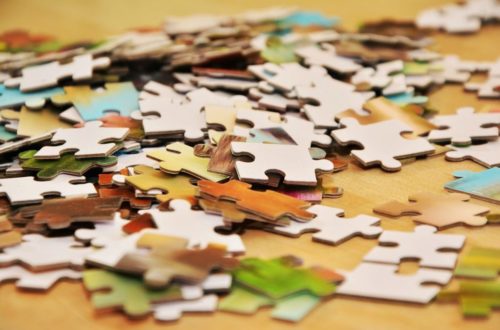 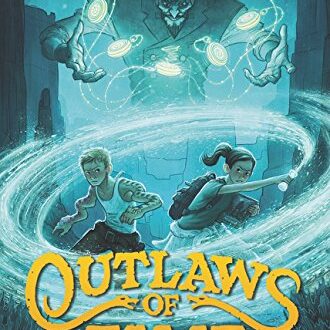 November 24, 2020
We use cookies to ensure that we give you the best experience on our website. If you continue to use this site we will assume that you are happy with it.OkPrivacy policy