“I’m reading a book that’s a little slow.” I told a friend.

“Why not stop reading it?” It was a fair question, but it hadn’t even crossed my mind.

“Because I like the author . . . and she has these wonderful sentences that make the rest of the book worth reading.”

In a nutshell, that could describe much of Robin McKinley.

Born in Ohio in 1952, McKinley grew up a navy brat —devouring Andrew Lang’s fairytales, T. H. White’s Once and Future King, as well as Lord of the Rings.

“When I was a child, back in the Palaeolithic Era, that was what there was after you’d read all available fairy tale collections 1,000,000 times. I loved and reread—and still love and reread—E Nesbit and Edward Eager, but they are… you know, kids’ books, and it shows. When I was eleven I wanted Grand and Majestic. (I wanted Grand and Majestic with girls, but you don’t always get what you want. . . . ”

Grand and majestic with girls —is exactly the kind of fantasy McKinley would write. Beauty, a favorite at Redeemed Reader, was the book that launched McKinley, a 26 year-old bookseller in Maine, to fame.

McKinley married British writer Peter Dickinson, and they spent most of their married life, until Peter’s death, in England. Together, they co-authored two short story collections —Water and Fire.

Consequently, McKinley’s books and narrators often sound “British” and it can be a surprise to remember that she is American.

McKinley is weird. Her later books can read like a tangled, twisted dream sequence punctuated with the brilliant sentences that enchanted readers in her early books. She wades deeply into her worlds -bogging down the narrative with far more explanations and observations than are needed.

However, no matter how tangled and convoluted, her sentences and world-building can still enchant and have caused this particular reader to speed, wade, and trudge through 13 of her books. (I still have 5 books to go.)

For a mature fantasy and fairytale lover, McKinley’s books can be a treat. However, they are not without cautions. McKinley, criticizing censors, highlights some issues in a couple of her books:

I am not saying that my books are flawless or immune to criticism. I am saying that you need to read any book on its own terms before you write to the author telling her what she did wrong. And the pro-censorship people who, for example, want to take. . . .Dragonhaven—in which one character comes out —off the shelves of their school libraries? Or who tell me Hero should be stripped of its Newbery and its YA rating because Aerin has an affair with one man and marries a different one?

Granted these cautions —and a couple more— here is a round up of Robin McKinley books:

The Hero and the Crown (1985 Newbery winner)

Personally, it was Aerin’s affair that spoiled The Hero and the Crown for me and kept it from being an absolute favorite. (It has a horse and a princess in a mountain fairytale kingdom —what is there not to love? The affair.)

This is my favorite of the Damar books. Harry Crewe is a lovely heroine, sent to a station outpost, but drawn into a magical world —with horses. Imagine a fantasy world with an Eowyn type heroine, and you have The Blue Sword.

Door in the Hedge (1981) is lovely and features, if I remember, some tales set in Damar. Fire, co-written with her husband Peter Dickinson, is another favorite. Water (also co-written) had some fun stories —though I’m not quite sure if I ever finished it. Knot in the Grain had two lovely stories, Lily and Coral, and three problematic ones.

Shadows (2013) —In a world where science has removed magic, the ramifications of forced out magic grow. For one dog-loving girl, they hit close to home. Mags has enough to worry about as college draws near. But her new stepfather’s shadows (yes, he has more than one -but is she the only one who can see?) are pushing her to the brink. As time passes, Mags realizes she has some secrets of her own and so do some of her closest friends. An interesting Asian influence is seen in the characters and magical setting. Cautions: Teen sexuality and lots of magic.

Again, far too much tangled, meandering narrative. At one of the last dragon preserves in the world, somewhere in North America, a teenaged boy stumbles upon an orphaned baby dragon and attempts to raise it despite the fact it’s never been done before and is highly illegal. The story could have used a good editor —at times readers will feel the same headache that the main character struggles with as they wade through chapters and rambling monologues. The expansive epilogue ties up the story but gives enough snippets to bring the book to a YA level —one character comes out and premarital sex is implied several times as well as some married sensuality.

Its one virtue? —The book is punctuated with brilliant, laugh-worthy sentences.

But who lives a story, you know? With chapters and things. And as a fairy-tale hero if someone gave me a vorpal blade I’d probably stick it in my foot. Or get lost in the mimsy borogroves. Life is just one day after another, even when the days are really, really strange.

Darker than McKinley’s earlier tales but not too wordy —like many of her later works. More sparsely told but still a rich story with hints of Beauty and the Beast. (McKinley herself has mentioned this similarity.)

To quote McKinley on this vampire novel, “I don’t myself think it’s even YA although I don’t have a problem with teenagers reading it.” Heads-up, we’d agree with her on this consensus. Far too much sex and sensuality for YA.

Yes, it is another retelling of Beauty and the Beast but problematic. First, there are far more dreamscapes in this one, making it feel unreal. Second *spoiler alert* the beast stays a beast, and yet they still marry. (I’ve noticed this bestiality, for want of a better word, in at least one short story, Ruen.)

This was my very first Robin McKinley, and I was enchanted from the first sentence . . .

“The magic in that country was so thick and tenacious that it settled over the land like chalk-dust and over floors and shelves like sticky plaster-dust. (House-cleaners in that country earned unusually good wages.) If you lived in that country, you had to de-scale your kettle of its encrustation of magic at least once a week, because if you didn’t, you might find yourself pouring hissing snakes or pond slime into your teapot instead of water. (It didn’t have to be anything scary or unpleasant, especially in a cheerful household – magic tended to reflect the atmosphere of the place in which it found itself — but if you want a cup of tea, a cup of lavender-and-gold pansies or ivory thimbles is unsatisfactory.)”

I remember it having a penchant for details (typical McKinley, I would learn!) and one kiss between females which, though not romantic *spoiler, it breaks the spell* was still jarring.

While that is not all of McKinley’s books, it is a sampling.

Is McKinley worth reading? Yes, fantasy lovers will selectively enjoy her works. She is not a Christian, and readers will notice as much in her approach to characters, morality, and story. However, she was influenced by some of the best authors, and her works reflect an amazing ability to capture faerie —To finish, in her own words, here is McKinley’s view on fantasy, reading, and writing.

Reading fantasy necessitates engaging with a world different from ours; and that engagement obliges you to think differently, too. Prune-faced anti-fantasists say crushingly that fantasy is “escapism.” I’m all in favour of escapism—both the park-brain-at-door silly fun kind and the stimulating and invigorating kind. It widens your own life and frame of reference if you can bolt Middle-earth, Chrestomanci Castle, and—er—Damar onto your day-to-day world. The best fantasy isn’t necessarily more thought-provoking than the best straight fiction, but it does provoke thoughts that realistic fiction cannot. . . . I don’t choose to write stories about strong heroines. Those are the stories that present themselves to me to be written, for which I am deeply grateful—both that I get to tell stories and that I get to tell stories about strong women. Once my fairy godmother had whacked me with her wand and said “STORYTELLER” it doesn’t surprise me that this is the storyteller I turned out to be; it’s where my passion lies.

For older teens, college students home for the summer, and fantasy-loving parents, one of Robin McKinley’s books such as Blue Sword or Spindle’s End could be a fascinating and thought-provoking fantasy to add to summer reading. Influenced by the great fantasy writers and a contemporary and admirer of Diana Wynne Jones, Robin McKinley is rightly recognized as a favorite in the modern fantasy genre. 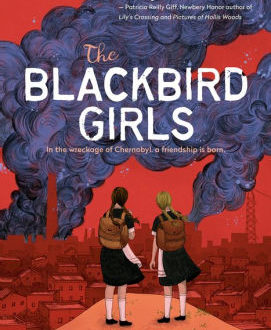 The Blackbird Girls by Anne Blankman 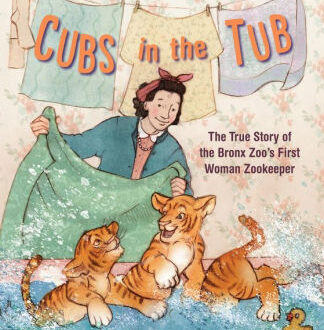 Cubs in the Tub by Candace Fleming 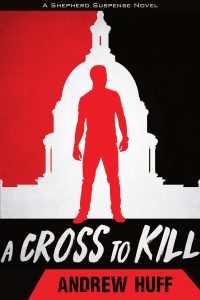 June 23, 2020
We use cookies to ensure that we give you the best experience on our website. If you continue to use this site we will assume that you are happy with it.OkPrivacy policy