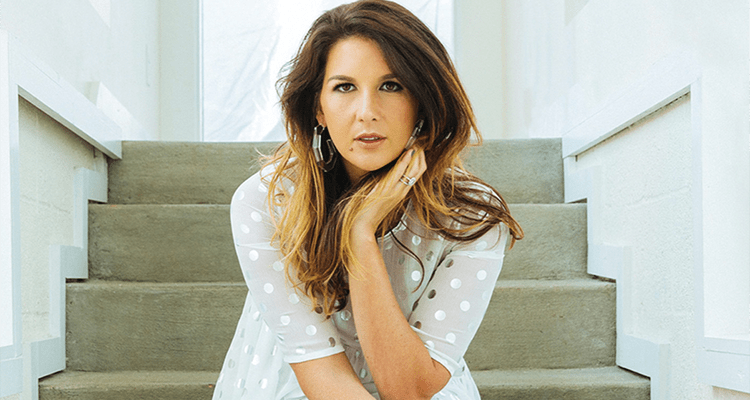 Ever since she knew she wanted to be a singer at 9 years old, Mallary Hope dreamed of becoming the next Dolly Parton. It wasn’t until she encountered some closed doors, heartbreak and rejection that she finally realized she was never meant to be Dolly. She was only meant to be Mallary. Now, finding her voice in Christian music, the singer/songwriter introduces the rawest form of her artistic self on her debut LP, Out of My Hands (Curb | Word Entertainment), a declaration of releasing her plans to a God who writes far better stories with our lives than we could ever imagine.

Growing up in a home founded on faith, Christian music was the soundtrack to Mallary’s life, but Country music was the genre her heart was set on. Her dream seemed within reach when her family moved from their small hometown in Georgia to Nashville when the singer was only 17 so she could pursue a career in music. When artists like Faith Hill, Sara Evans, Lauren Alaina and Jana Kramer, among others, began cutting songs she’d written, Mallary thought she was well on her way to achieving Dolly status. A record deal followed; yet despite modest success, Mallary consistently compared herself to her female counterparts, always feeling like she never quite measured up.

“All I had ever wanted was to make a Country record and to be on Country radio,” says the pastor’s daughter. “It was my worth. It was my identity. It was everything. I was really consumed by it, and I thought if I didn’t succeed, then I wasn’t worth anything.”

It wasn’t until she found herself pregnant with her first child that she realized God had something different in store for her next musical chapter. “When we found out we were pregnant, I thought, What am I going to teach this child?” she remembers. “The most important thing I could teach her or him—it turned out to be a girl—was the love of God and that we’re all here for a purpose.”

When she heard a song on Christian radio in the car that moved her to tears, she felt like God affirmed her new artistic direction. She says, “I really felt like for the first time I could hear God speaking to my heart and just telling me, ‘I want you to sing. I gave you that gift. For so long, you’ve been doing it for yourself, and I want you to do it for Me now.’”

After signing a record deal with Curb | Word Entertainment, a pregnant Mallary returned to the studio armed with hard-won lessons to teach her baby through song. Together with producer Jeff Pardo (Francesca Battistelli, Ben Rector) and respected songwriters like Matthew West (Casting Crowns, Rascal Flatts), Molly Reed (Hillary Scott, Francesca Battistelli) and Tony Wood (Zach Williams, Reba McEntire), among others; Mallary crafted Out of My Hands from the depths of the very insecurities she found herself wrestling with at the time.

While God had redirected her journey, she was having a hard time adjusting her expectations. “We put so much value on what we see as earthly success, and I had to change my idea of success. I’m going out and singing and telling people about the love of God, and even if it’s one person, I need that to be able to sustain my heart,” Mallary shares. “I told God, ‘If all You ever want me to do is sing at church on Sundays where there’s maybe 100 people, I need You to change my heart and make me content with that; because right now I want to be in stadiums and arenas. I want to be a winner, so can You change my heart?’”

Ironically, Mallary soon found herself playing to sold-out arenas across the nation as she performed on the Winter Jam Tour Spectacular, one of the largest tours in Christian music. On the outside, it seemed all of her dreams were coming true; but on the inside, Mallary couldn’t help but feel slightly deflated. Old feelings of inferiority began to surface, especially when she started comparing herself to other artists on the tour.

“It was crazy fun, but behind the scenes, the enemy knew my weaknesses, knew my insecurities, and he came for me,” she admits. “It’s amazing how you can play an arena full of people and you can get up there and sing, and for those 15 minutes you’re on stage, you feel like you’re right where you belong; and then as soon as you step off, those insecurities just hit you.”

When she found herself in a writer’s room on a day off from tour, she poured her heart out to Pardo, and together they wrapped music and lyrics around her emotions. The culmination of their efforts resulted in the poignant ballad “Me,” one of the project’s most vulnerable tracks.

“It was really all I had to say in that moment,” Mallary offers. “It was where I was in those moments of just learning to trust Him with my life. I felt like every time I tried to control it, I would mess it up, or I would be unhappy. There’s something sweet that happens when you fully trust.”

These themes of self-worth, identity in Christ and finding your purpose are all woven through Out of My Hands, a full-length debut that beautifully combines Country music’s signature storytelling with Mallary’s pop sensibilities.

For standout track “Looking Back At Me,” written with Pardo and West, Mallary says she envisioned staring at a photograph of her freckle-faced teenage self while she penned the lyrics. “I was bullied a lot and just picked on. I can remember in high school eating my lunch in the bathroom, hiding. It was awful,” she reflects. “What would I say if 14-year-old Mallary knew what life would be like at 28 years old? She wouldn’t be hiding in the bathroom.” The second verse reads like a letter to her own daughters, reminding them of what is true.

Other selections were born out of real-life tragedy. Mallary wrote the sparsely-arranged “Lay It Down” in a record eight minutes sitting by her fireplace as she reflected on her husband’s family. Her husband’s brother tragically passed away at 18, and Mallary watched her in-laws bear the heavy burden of that loss for years to come.

“It was just this prayer for people like my family members who are going through things like losing a child, and they carry so much of it around with them every day,” she notes. “Christ carried the load for us when He died on the cross, and the whole purpose of Him dying was so that we don’t have to carry our shame and our pain and our guilt and our past around. We can lay it down.”

Pop gem “Pray With You” was written for two of Mallary’s close friends—both young moms—who passed away from breast cancer. At a loss for words that would comfort or encourage her friends, she came to the piano with her confusion and concern. “I’ve seen that song really touch a lot of people,” she shares. “I think it has the ability to just help someone who is watching a loved one go through something difficult.”

The stories of these two friends especially hit home for Mallary considering her current season of life as a young mom to Scarlett, Savannah and Jase. She admits motherhood has wrecked her in the best way. “Until you’re a parent you don’t fully understand that there’s this thing that just happens. It’s like you become a part of this club where you’re like, Oh, this is what real love is—like throw-yourself-in-front-of-a-bus-for-somebody love,” she says. “And that’s how God loves us. It’s changed my heart.”

God has, in fact, used marriage and motherhood to not only change Mallary’s heart, but to change her purpose. She has no doubt that she is exactly where she’s supposed to be, singing songs that bear her heart and soul. Looking back, the long journey to find her true purpose has all been worth it.

“Sometimes we have to struggle so that we can encourage other people who are going through things,” she admits. “I want to be able to tell people how good God is, and that no matter what they’re going through, God has a plan for them.” 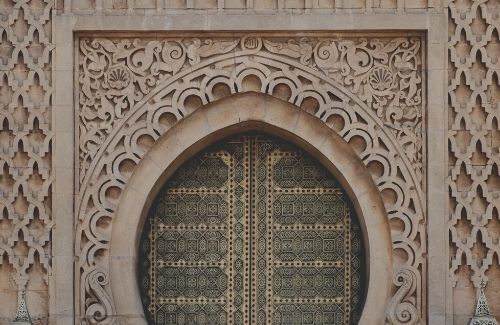 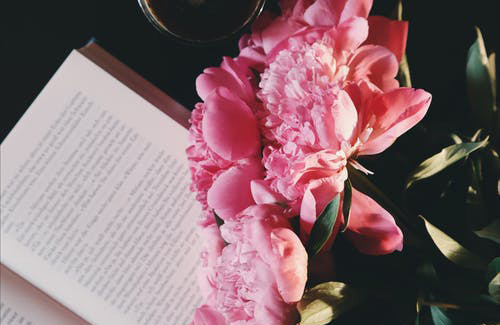 The One Who Judges Justly 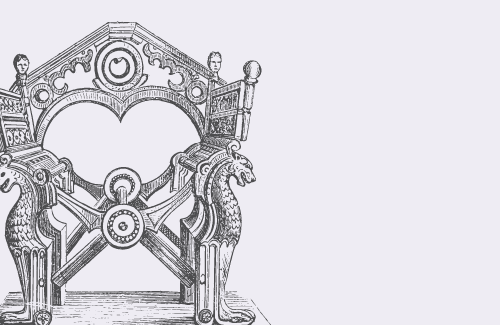 This Throne Room Prayer Changes Everything

March 1, 2021
We use cookies to ensure that we give you the best experience on our website. If you continue to use this site we will assume that you are happy with it.OkPrivacy policy