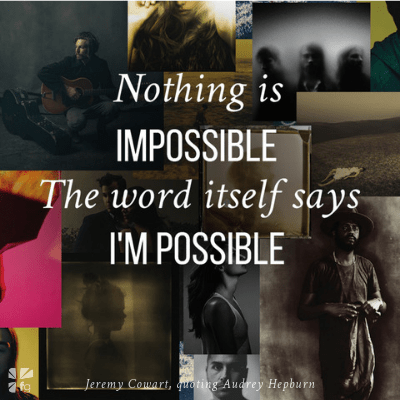 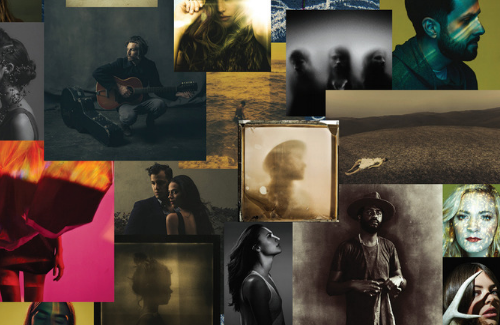 Love your neighbor as yourself. — Jesus in Mark 12:31 NIV

One day in 2008, I was taking my morning shower, and my mind was wandering, making loose connections. I thought about a viral video making the rounds, a video made by three pastors asking folks to conspire against the commercialism of Christmas. Buy less, they said. Give more. Give something valuable, like time or something made by hand. Take the money you’ve saved and give it to those in need.

Arms against the wall, head down, I watched the shower water fall in streams from the top of my head, and I considered what I might give. My thoughts wandered to my friend Chase Jarvis. A photographer in Seattle, he’d pulled together a huge gathering of everyday folks who wanted to learn photography or improve their photographic skills. He’d invited models and lighting specialists and then opened the doors to people who wanted to learn to shoot like professionals. The novice photographers got to work together, learn from each other, and gain experience in a professional setting.

The water was washing away the other cares of my everyday life, allowing me to focus on these two seemingly unrelated ideas— rethinking Christmas, and Chase’s photographer gathering. That’s when a stream of consciousness took over.

What can I do for Christmas that doesn’t involve buying gifts?

I can take pictures for people.

What if I take pictures of people— like Chase did, but not of models?

What if, instead of models, I take pictures of folks who are down-and-out?

What if I give them the portrait as a gift?

What could it mean for someone to be given the dignity of a decent portrait?

And wouldn’t it be amazing to invite my local photographer friends to help?

That was it — the idea. Fully formed. Crystal clear.

I stepped out of the shower, grabbed a towel, and made my way to Shannon. She was in the kitchen, making breakfast for Adler, who was playing with a truck at the breakfast table, and Eisley, our second child, who was sitting in her high chair. I shouted ideas down the hall as I walked toward her, barely able to contain them.

“Anyone with a camera could come out,” I said, “and we could shoot portraits for people in need, maybe some who have never had their picture professionally taken. We could shoot them and then give them a print as a gift, for free. Maybe I could get hair and makeup artists to come out, too, to make people feel really special, like a million bucks. How cool would it be to give a struggling single mom the option to get all glammed up and have her picture taken? Or give unemployed people something they could send in with a résumé? We could call it Help- Portrait. You know, instead of self-portrait.” (This was before self-portraits were called “selfies.”)

I spit the ideas out as they came into my head. When I finally stopped talking, I looked at Shannon, her face coming into focus as I pulled out of my cave of ideas. She was crying — which floored me. As beautiful and empathetic and sensitive as my wife is, she’s not really a crier.

You heard the lady, Cowart. Get to work.

I rushed back to my office, a small room next to our bedroom, and e-mailed a few photographers, then posted about the idea on Facebook. Would anyone be interested in participating in Help-Portrait? Ten photographers responded, and among them was Kyle Chowning, an acquaintance whom I really didn’t know, but who would soon become a collaborator and close friend. He was all in, he said. And so were the others.

Now to find a venue.

I put out the call, and one of the volunteer photographers said he had a connection at a school in downtown Nashville that might be willing to provide space. Within a week we had the location locked down.

Now, how will we find our subjects?

Another friend responded and said he knew someone at a local homeless shelter. He offered to reach out and see if they’d help spread the word among their community. They agreed.

But how will we provide the prints to the subjects?

Another friend said he had an extra printer he could bring.

Another had a sister who did makeup.

Still another would bring his wife, who had a flair for doing hair.

How is this coming together so quickly?

On the first Saturday morning of December, we showed up at the school gym with our gear— cameras, tripods, seamless backgrounds, C-stands, and lights, all of which I’d learned how to use by now—unsure if anyone would come. But over the course of the day, sixty or so folks trickled in to have their portraits taken, which was fifty-nine more than I’d expected. The volunteers worked together to take the best shots of those who came, and when we weren’t shooting or doing makeup or adjusting lighting, we enjoyed conversations with those who’d come to have their portraits taken. After each shoot we printed the portraits and handed them to our new friends. They took the prints and studied them, and their reaction was the same each time: smiles, laughter, tears.

The conversations I shared with those who had fallen on hard times worked on me throughout the day. They reminded me that we’re all one bad break away from disadvantage, one economic downturn away from difficulty. As these men and women shared their stories with me, they taught me a lesson — that even in the most difficult circumstances, there is still room for joy.

Over the years I’ve considered that moment in the shower, how the idea came to me in the quietest, most private place — the place where social media, my phone, and the news of the day couldn’t reach me. By allowing my mind to wander and following the loose connections, a seemingly impossible idea came together. And if I hadn’t tuned out distractions and given myself that space to process, the idea might never have come together. I might never have heard the stories of those Help-Portrait models. I might not have allowed those stories to shift my worldview. I might never have started looking for ways to be a microphone for others, might not have found ways to share the stories of the human struggle.

Possibilities hide in all of us, but so often we don’t carve out quiet places to let our minds wander into them. We fill our homes, our cars, our neighborhood walks, every quiet space with noise — music, video, social media, whatever. Because of that noise, that distraction, we end up missing the big ideas, the ones that might restore dignity or expose privilege or shift paradigms. We end up missing the ideas that could change us and make us better.

Do you allow yourself moments of quiet, space for your mind to wander? If you don’t, consider giving it a try, even if only for a few minutes a day. See what connections you make, what ideas come from those connections. Map out one of those ideas, even if it seems crazy. Follow it and see what happens.

Listening in the quiet, listening to ideas — this might be the most important practice for any creator. It’s the practice that might change your trajectory if you’ll let it. It did mine.

Watch the video from Jeremy…

The post Possibilities Hide in All of Us appeared first on FaithGateway. 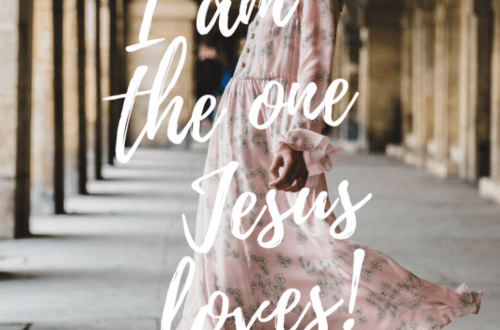 The One Jesus Loves 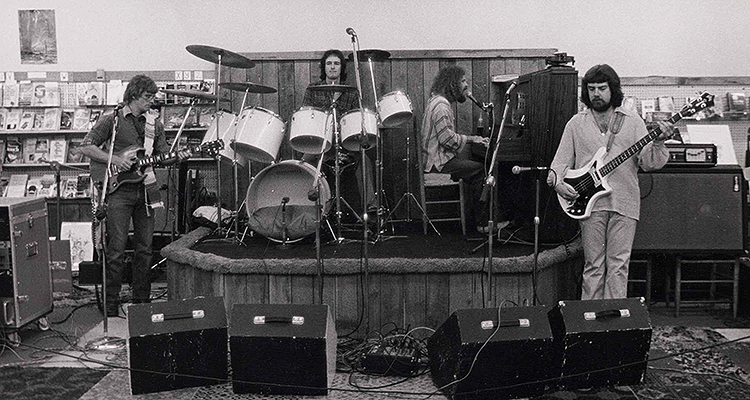 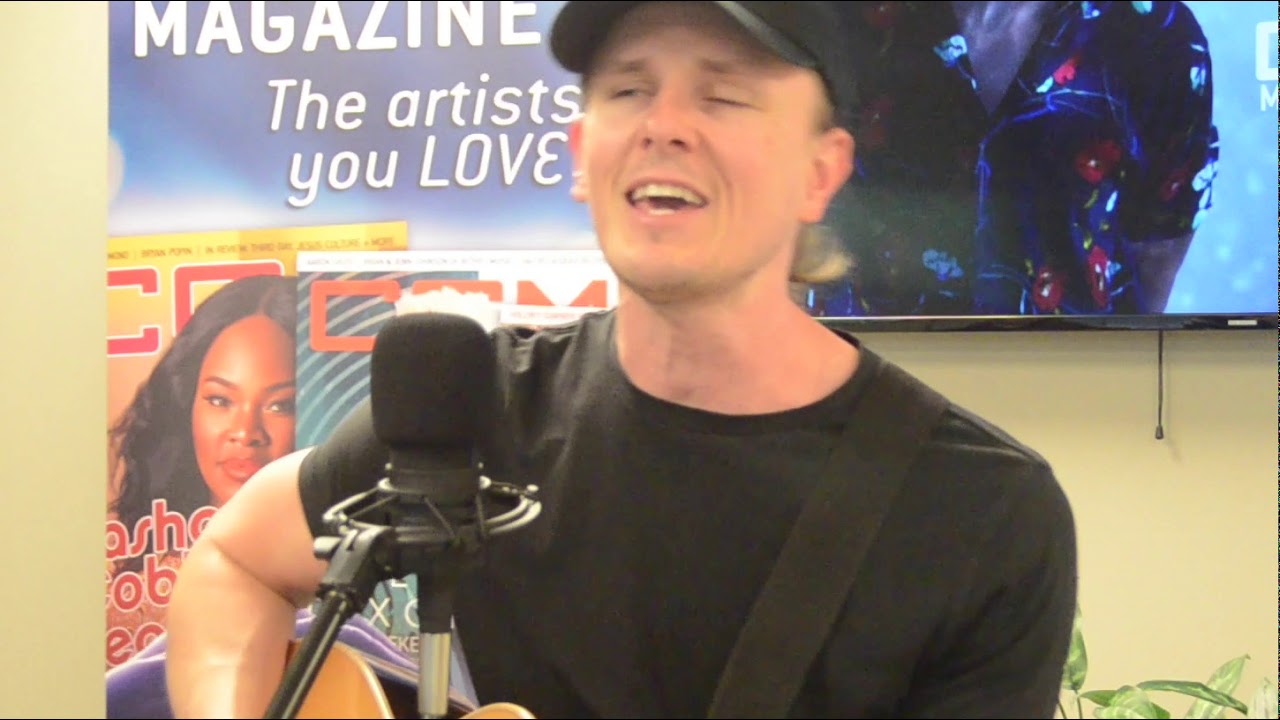